Another farmer named James Miles allowed them to play in his meadow at Siloam Farm situated in the present Mierscourt Road. The players were mainly resident in Rainham from different backgrounds and were trained in the art of cricket by Messrs Wakeley and Dodd who had previously played for Gore Court.

The first match was played on July 2nd, 1856 at Siloam Farm against the Angel Club, Strood which Strood won. However, from 1857 more fixtures were arranged against clubs like Selling, Milton, Gore Court and Throwley and under the captaincy of Richard Wakeley Rainham progressed to become one of the strongest sides in the area during the late 1850s.

With the departure of the influential Richard Wakeley to the Royal College of Agriculture in Cirencester, Rainham deteriorated during the 1860s. They improved during the 1870s but were little more than a local village club. 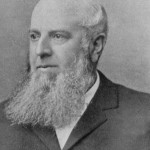 During the 1880s the Wakeley family resumed their influence at the club with Thomas Stanley Wakeley captaining a side that included brothers Richard Wakeley junior and Seymour Wakeley. However, Rainham faced a big problem when they lost the use of their ground at Siloam Farm and had to play at several temporary locations including Berengrove Park. They then amalgamated with Rainham Football Club and secured a new pitch at Rainham Recreation Ground. They played their first season there in 1890 and continued until 1898. During this period Rainham had varying success and had their first experience of league cricket in the Chatham & District League in 1896.

Between 1899-1901 Rainham weren’t running a side but they re-emerged in 1902, amalgamated with Rainham Co-operative C.C. in 1903 to become one of the strongest clubs in the area again. Under the captaincy and patronage of Richard Wakeley junior the side won two consecutive Sittingbourne & District League championships in 1904 and 1905. During their two league campaigns they were defeated on only one occasion. Unfortunately the league only existed for two seasons. 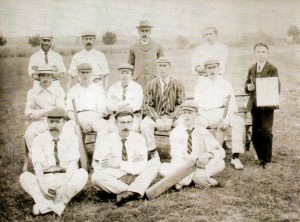 Between 1902-1914 the club played several seasons at Rainham Recreation Ground and several at Siloam Farm. Richard Wakeley junior took responsibility for the maintenance these grounds and owned Siloam Farm.

When the Great War of 1914-18 took place Rainham Cricket Club was suspended along with many other local clubs and didn’t re-emerge until 1920 when they resumed playing at Rainham Recreation Ground.

Because of the inability to play a full fixture list due to other clubs also using the ground Rainham moved to Berengrove Park on a permanent basis in 1923 with permission from the owner Lt Colonel H.E.Day of Berengrove House.

Between 1920-1939 Rainham Cricket Club established themselves at Berengrove Park, a pavilion was erected there in 1924 and the First XI became stronger during the late 1930s. Colonel Iremonger became the new owner of the ground and club President in 1937. 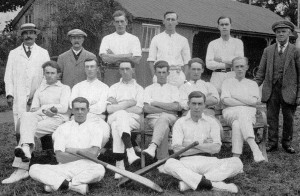 During World War Two Rainham continued to play, mainly against Service teams, but they had to temporarily vacate Berengrove Park which was commisioned by the Ministry of Defence for grazing. When they returned in 1946 they quickly became a strong force in local cricket as reflected in 1948 under the captaincy of Alec Tassell when they lost only two matches and Jack Temple became the first Rainham batsman to score 1,000 runs in a season.

During the 1950s and early 1960s the club was patronized by wealthy Rainham farmer Sid Callaway who initially captained the Second XI then with the departure of club president Colonel Iremonger took the position which he held until his death in the late 1980s. He became a major financial patron and spent almost his entire adult life playing for and helping the club. This included the purchase of a new clubhouse in 1976.

From a playing point of view Rainham First XI was very much influenced by their captain and club groundsman John Richardson during the 1950s. He was a leading batsman who scored a total of 14 centuries, was a useful medium pace bowler and astute captain. Under his leadership the club won the Chatham Observer ‘Team of the Season’ shield in 1956, reached the final of the Gillingham Ashes competition in 1962 and were generally regarded as a leading Medway club throughout the period. It was during the same period that they celebrated their centenary season with a match against a Kent County XI in 1957. 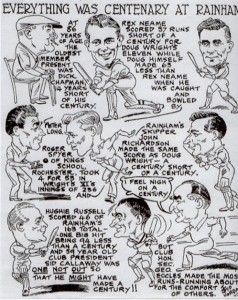 From the early 1960s after the resignation of John Richardson Terry Glazier became an influential figure both on the field as First XI captain and as an organizer. He took the First XI to two consecutive Evening Post Knockout finals in 1970 and 1971, the Gillingham Ashes Final in 1975 and helped to form the Medway League which was established in 1973. He later became club president. He also developed a reputation for giving youngsters a chance and this led to David Wood setting up the Colts section in 1972 which Ken Newton, David Manning and David Sherhod in turn continued to the present time.

With the establishment of a new clubhouse which was opened by Kent cricketer Brian Luckhurst in 1976 and a reformation of the club organization Rainham looked to be heading upwards. However, their decision not to join a league after the demise of the Medway League resulted in the departure of many leading players, which caused a decline. The only major event to occur during this period was a match played between Bob Woolmer’s XI and Ron Hillyard’s XI at Berengrove Park for the Bob Woolmer Benefit Season in 1984. Alf Fisher also became the first Rainham player to score 2,000 runs in a season the same year.

The period of decline continued until the mid 1980s when the club decided to join the Gravesend & Dartford League in 1986. They won the league championship and reached the League Cup Final in 1987, which marked a turning point as they entered the 1990s, a period, which became the club’s most successful in terms of winning honours. During this period they won the Gravesend & Dartford League three more times, the League Cup twice, the Swale League and the Gillingham Ashes. The Second XI won the Riverside League and the Colts won three successive Medway Colts League titles. This led to the club getting entry into the Readers Mid Kent League in 1995 and the East Kent League in 1998. During the same period Rainham entertained overseas opposition for the first time when they played Den Haag from Holland in 1992 and Quokka Cricket Club from Perth, Western Australia in 1994.

In 2000 with a very young side led by Glen Cook, Rainham won the Readers Mid Kent League Championship and gained admission to Division Three of the Forester Kent County League. After two successful seasons they were promoted to Division Two then just missed promotion to Division One by one point. After this they struggled for two seasons before getting relegated from Division Three to Division Four. During the same period they did well in cup competitions by twice reaching the final of the East Kent League Cup to face Whitstable then Sandwich and the final of the Gillingham Ashes where they faced Lordswood both times. First XI all rounder Nick Plumridge set a new record at this time when he became the first Rainham cricketer to score 1,000 runs and take 100 wickets in a season.  During the same period the Second XI were twice runners up in Division Two of the Mid Kent League before winning the championship under the captaincy of Kevin Waters and getting promotion into the Kent County League in 2005. They went on to win promotion from Division Three to Division Two.

In 2006 the club celebrated their 150th anniversary with several events to mark the occasion which included two special matches against a Lashings World XI at Berengrove Park and the Cross Arrows at Lords, where James Austin became the first Rainham cricketer to score a century at Lords with a magnificent 113. The club also held an anniversary dinner in Chatham for past and present players while David Wood wrote a complete history of the club which was published and sold both locally and nationally. 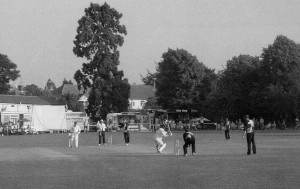